Aktuelle Seite: » Birthstories » Was Mütter heute erleben » It made me feel a stronger woman 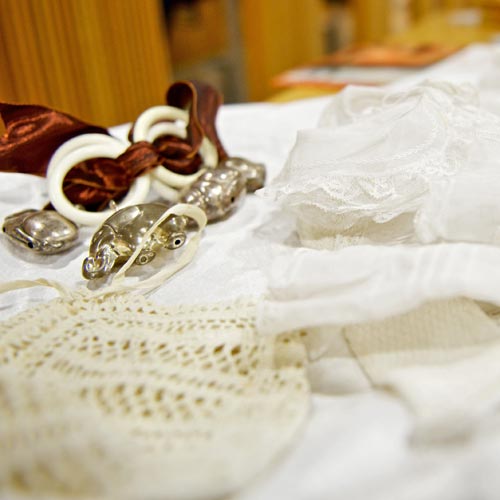 It made me feel a stronger woman

Marcel was born on Tuesday the 2nd of February 2021 in our home at the edge of the forest, as we wished.

I started to have some sporadic and mild contractions already a week before, but I knew they could last for days before the actual birth would take place. The due date was the 30th of January, and while this day was coming closer and then passed by, I started to get a bit restless. I was talking constantly with my belly asking my baby not to linger anymore because we were impatient to get to know him, my first son.

On Sunday, 31st of January, Dete and I woke up and saw outside the windows of our bedroom that everything was white, covered with snow. It was supposed to be a sunny day, so we decided to go for a walk in the countryside. In the evening I took a warm bath to sooth the mild contractions that continued to come and go. On Monday morning, while I was still lying-in bed, I felt some water running down my thighs. I thought it was the amniotic sack that broke a little, though in the movies usually the amount of water you see was much more. I called Lisa, our midwife.

When she came to our house, after checking the Ph of the liquid, she concluded that it wasn’t amniotic fluid, but probably some water of the bath I took the night before. I was disappointed, I thought we were getting closer, I had already called my parents and told few of my closest friends that the Day had come, instead the waiting continued.

In the evening Dete and I went for a walk in the forest, it was getting dark and since it had rained the whole day the soil was muddy, so muddy I had to be really careful not to slide. Strange walk for my last days of pregnancy, I thought.

Before dinner I took a powder that Lisa gave me to regularize the contractions. It really worked. After 8.00 p.m. the contractions started to become more regular, but not really painful. Around 10:00 p.m. I decided to go to bed and concentrate on breathing while the surges were coming and to rest in between. Dete was labelling honey jars in his workshop and every now and then he was popping by to check that I was all right.

Around 1:30 a.m. the contractions became quite strong and very close to each other, Dete was getting some rest in bed with me. At that point I told him that at 2:00 a.m. we would have called Lisa. He was a bit hesitant, thinking that we were just at the very beginning of our birth journey. Instead, 15 minutes after, the amniotic sack broke and then a lot of water came out (like in the movies). In the following minutes I could not concentrate anymore on breathing through each surge and doing deep vocalization, so the pain started to be very sharp. I lost control and I was screaming wildly. Dete told me afterwards that, when he had Lisa at the phone she asked him to let her listen to my voice and, when she heard me screaming, she said “I am coming straightaway”.

While waiting for Lisa, somehow, I managed to fill in the tub with hot water and climb inside. The pain was getting stronger and stronger, I felt my body opening and my bones moving apart.
At that point memories start to get a bit fuzzy and less linear. The next thing I remember was the strong hand of Lisa holding mine and her voice helping me to tune my vocalizations.

I started to take back a little control over the contractions and I tried again to breath regularly through each surge and to do deep sounds. When my voice tuned with the one of Lisa the feeling of opening got stronger but less painful. It was somehow beautiful and powerful, like a circle of light getting bigger and brighter.
The next good memory I have is Lisa telling me that my cervix was already 8 cm dilatated. When I heard the news, I thought: “I can do it, I can get through this”.
Half an hour later, I think, the urgence to push started automatically. But with my surprise, I did not feel any relief, I actually realized it was requiring a lot of strength.

It took me a while to find a good position. First, I stood in the tub, then I squatted but it was too tiring, because resting on my knees in the tub was uncomfortable. I tried to lay in bed, but it was even more awkward. In the end, I squatted on the floor closed to the bed, while Dete was sitting on it holding my hands. In this way I could use his strength to maintain the squat position and rest on my knees in between the surges.

At each push I was making deep primitive guttural sounds. I could have not done otherwise. I felt I was getting tired and it was hard to feel connected to the baby, I had no idea of how things were going on inside me. It felt like I was already pushing since ages, and the surges seemed to fade a bit, which meant I had to put extra energy on my own to push.

I got a bit afraid not to manage to get through this phase, at the same time the thought of being transported to the hospital at that point was just unthinkable. I had to keep pushing, there was nothing more to do. I had to think that each push was bringing me closer to Marcel.

Lisa was often checking the heartbeat of my baby and every time she said that everything was fine, the news gave me a bit more strength. At one point I heard that the head started to be visible. I think I pushed still for a while, maybe 30 minutes, and then suddenly there was a swashh sound and Marcel was laying on the floor crying fiercely. It was 4:34 a.m.

I always thought I would have cried immediately at the sight of my son, but I was too tired and overwhelmed by the birth process. Hold him in my arm felt good and gave me some strength back. There he lied, a tangible proof of the miracle of life. I was at home with my partner and my son, it felt safe and warm. Lisa was taking care of what was left to do. I could finally rest.

Days went by and the memory of the intensity of the birth faded away to give place to a sense of proudness and self-confidence. I succeeded in taking part in this natural ritual, that billions of women have honored before me, with my own physical and mental resources, in synergy with Marcel and with the support of my partner and midwife. It made me feel a stronger woman.

This feeling helped me to find the strength to get through the challenges I faced in the first two months of puerperium with establishing breastfeeding among cracked nipples, cries and endless pumping sessions. But this is another story… also with a happy end.